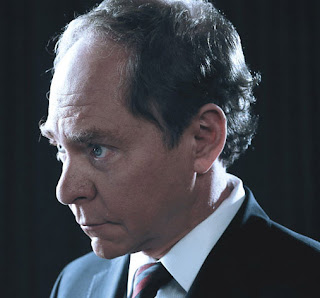 Once in a blue moon a project appears that once again, gets me excited about the idea of being involved in a live theatre production. It happened today. When I read that an incredible group of world-class talent had assembled to adapt THE EXORCIST for the stage, well...  it got me thinking...

The Exorcist opens at the Gil Cates Theater at the Geffen Playhouse in Los Angeles on July 11, 2012 and runs through August, 12, 2012. If you live anywhere near the Geffen Playhouse, I'd say this production sounds like it would be well worth your time: 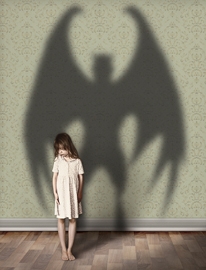 The script was written by John Pielmeir (Agnes of God) and adapted from the 1971 novel by William Peter Blatty. It will be directed by Tony Award winner John Doyle. Music will be composed by internationally acclaimed spiritual composer Sir John Tavener. His crack team of creatives also includes Scenic/Costume design Tony Award winner Scott Pask, and the accomplished skills of lighting designer Jane Cox and sound designer Dan Moses Schrier. Official press releases state that, under a creative challenge by director Doyle, the group has been "tasked with creating a theatrical experience that engages the senses in a way that is unique to live performance". Sounds pretty good. But, the coupe de grace for me is the addition of world-renowned creative consultant Teller of Penn and Teller; a man who knows a thing or two about stage magic.

Not yet sold? How about Richard Chamberlain as Father Merrin? Brooke Sheilds as Chris MacNiel? Or Broadway regular, David Wilson Barnes as troubled young priest Father Damien Karras? I personally like seeing veteran character actor Harry Groener in there too.
The rest of the cast and their bios can be read here at the GPLA website

Too bad it's a few thousand miles south of here. :(