BRANDON CRONENBERG IS HIS DADDY'S SON 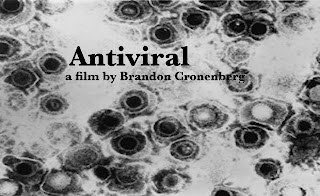 Brandon Cronenberg, son of director David, has just shown his latest film, Antiviral at Cannes and it seems to be getting pretty mixed reviews. Word is, Brandon's work is the kind of film a kid who's dad made Videodrome would grow up and make. Duh. The first clip certainly looks interesting, though. Have a look after the break.


The film features Caleb Landry Jones (the creepy young man in the clip), Sarah Gadon and Malcolm McDowell (never a bad idea). Here's the synopsis:
Syd March is an employee at a clinic that sells injections of live viruses harvested from sick celebrities to obsessed fans. Biological communion - for a price. Syd also supplies illegal samples of these viruses to piracy groups, smuggling them from the clinic in his own body. When he becomes infected with the disease that kills super sensation Hannah Geist, Syd becomes a target for collectors and rabid fans. He must unravel the mystery surrounding her death before he suffers the same fate. 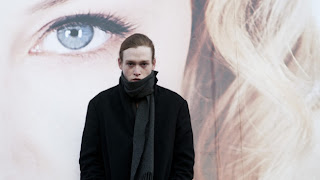 All of the films details can be found at the all-powerful IMDB.