BOND IS BACK WITH A BEAUTIFUL TEASER 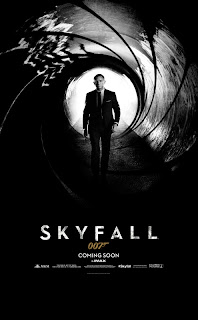 The new Bond movie "Skyfall" looks to impress. The previous effort, famously hamstrung by the writer's strike, frustrated fans and it's creators alike, but with a new director and star Daniel Craig's determination to make the best Bond movies possible in full swing, "Skyfall" seems like a safe bet.

Watch the awesome teaser trailer after the break:


I can't say I've ever seen a Bond movie that looks like that. Certainly the last two (also featuring Craig) have featured a much more sophisticated cinematography than previous efforts, but this seems light years ahead of even those films. I love the colour palatte and I love how cinematic some of these shots look. It's quite beautiful and I can't wait to see more of it!

Bond's new director is Sam Mendes (American Beauty, The Road to Perdition, Jarhead) and it seems like a great fit. The all-star cast features Ralph Fiennes, Albert Finney, Judy Dench and Javier Bardem. AND... the re-introduction of fan favorite "Q", a role last occupied somewhat clumsily - no fault of his own- by John Cleese. This time out he's going to be played by a very young actor named Ben Whishaw.  I had also heard we'd see Miss Moneypenny back on screen, but there's no mention of that character yet.
Nevertheless, this looks to be everything I could hope it would be and more. Can't wait!

Skyfall's page on the all-pwerful IMDB can be found here.