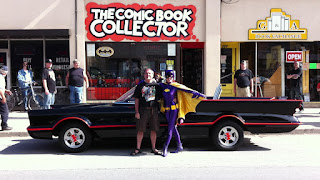 Tim Morris, owner of THE COMIC BOOK COLLECTOR and Batgirl


Check it out: Batgirl and the 1966 Batmobile both showed up to hang out at my uncles Comic Book store, THE COMIC BOOK COLLECTOR this past Saturday (May 5) for an industry-wide special event. They actually live up to the name of the day and hand out free comic books for as long as the supply holds out. I guesstimated Tim Morris and his staff gave away free stuff to two thousand visitors, many in cosplay costumes wearing and comic book merchandise from 9AM to 5PM. It's an amazing event and if you missed out this year, then mark it on your calendar so you get the reminder next May.

Check out more photos after the break. 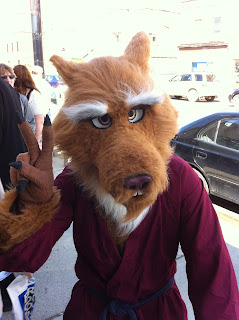 A bunch of pretty sweet costumes showed up through the day including this particularly good Master Shredder from the Teenage Mutant Ninja Turtles franchise. 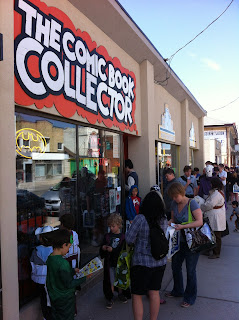 The crowds were pretty steady all day long, but by the time the Batmobile showed up, they stretched down the block. 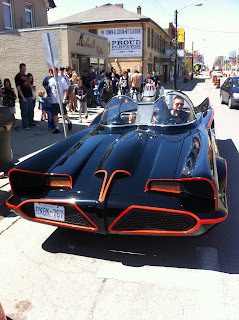 Here's owner Andy Murray rolling up in what is clearly the coolest ride in town. This car is brand spanking new and has been in the works for four years. Andy is a notorious Batman collector and this is his crown jewel. It's not quite done, but already the attention to detail is staggering. YES. The flames shoot out of the back. For real. Right there. And to please the crowd, Andy fired up the rocket turbine (propane) flames. I still can't believe they worked! 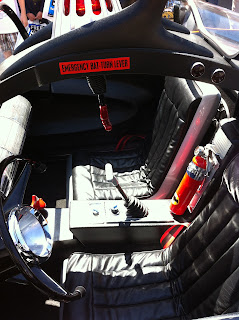 The interior is just as detailed. There's even a Batphone. 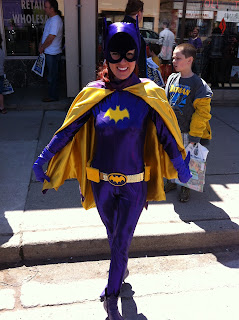 As beautiful as the Batmobile was, it couldn't compete with Andy's wife Lisa in a very authentic Batgirl costume. Even her pose was the real deal. 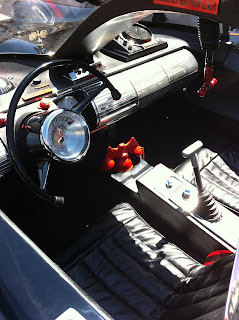 More interior details. Although Andy isn't happy with it yet, it looked pretty great to me. The few people who own these replica Batmobiles apparently enjoy networking and sharing notes. Everyone wants to have the most authentic replica around and Andy is well on his way. The body on this car was so perfectly straight, it was staggering. Respect to his body man. 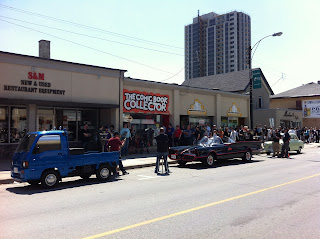 A couple other rare vehicles showed up to help protect the Batmobile. 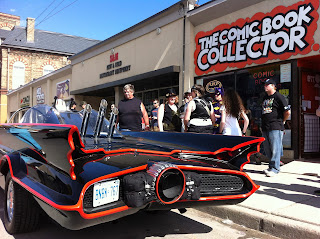 It was a great day. Lots of fun, lots of visitors, and really the most perfect weather you could've asked for. Thanks to everyone for making it it such an awesome day!