INSIDE JAWS FILMUMENTARY A MUST SEE

If you are not yet familiar with the term "Filmumentary" then sit down and get comfortable. It's truly one of the best ways to celebrate movie magic and it's absolutely free. It will actually heighten your love of films such as Star Wars, Raiders of the Lost Ark, and shortly Jaws. For real. Do NOT miss this.


Jamie Benning invented the category of film now known as the Filmumentary. He's a documentarian and a die-hard cinephile and he has brilliantly combined all of the best features of a "making of" special, a directors commentary, a reference book, behind-the-scenes- footage and so much more into one, single experience.

After polishing his methodology on old testament Star Wars, and Raiders of the Lost Ark, Benning has moved on to the Spielberg masterpiece, Jaws. I found the Raiders one first, by chance, but quickly went through the entire series and loved every frame.

Here is the teaser trailer for his latest filmumentary "Inside Jaws" 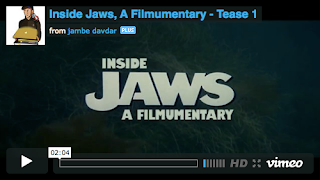 Then mosey on over to Benning's own site Filmumentaries.com and enjoy the entire series or just click on my handy links below: 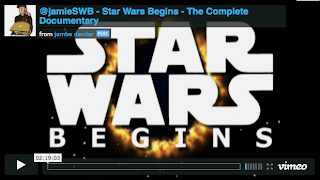 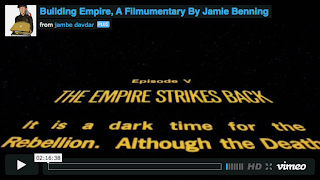 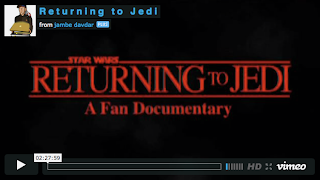 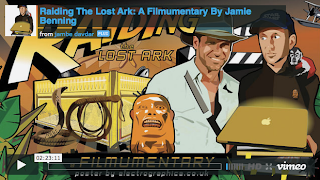 And F.Y.I: Jaws gets released onto BluRay later this year and this article over at collider.com nicely details why that's a good thing.