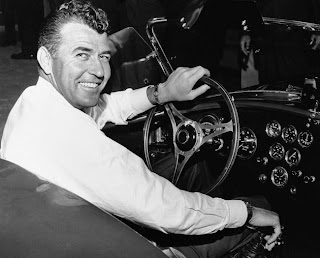 The man responsible for the Shelby Cobra, an armada of high-performance mustangs and even Dodge's revered supercar, the Viper has died. During the 60's he made it possible for American manufacturers to compete head-to-head with the European superpowers like Ferrari and Maserati and he did it all from the most humble of beginnings. He was a real-world superhero, and he never once sowed down until illness forced him to exit the world this past week. He was just beginning to enjoy a new, reinvigorated relationship with Ford and he had plans to do much, much, more and now he's gone.
I'm saddened by the loss of yet another brilliant pioneer, innovator and larger-than-life hero.

The NewYorkTimes.com posted a nice article and retrospective right here.