THE FUTURE OF CINEMA WITH DOUGLAS TRUMBULL 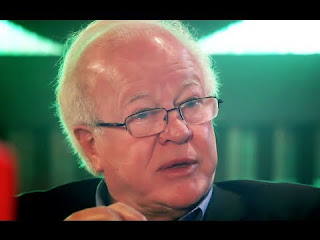 Douglas Trumbull recently appeared on the AIN'T IT COOL NEWS video show with HARRY KNOWLES and discussed his vision of the future of cinematic entertainment. It's fascinating and if you have any interest in movies at all, you'd better check these videos out. Something much more revolutionary and more immersive than simple 3D or even 48 frames per second is coming if Trumbull has anything to say about it!  Get comfy. The videos are after the break:


Who is Douglas Trumbull you ask? Don't ask. You should know. He's most famous for his breathtaking special effects on "Close Encounters of the Third Kind", "2001: A Space Odyssey", "Blade Runner", "Silent Running" and even the recent "The Tree of Life". He's a big deal. And he's done a hell of a lot more than even that.  Here's his Wiki page.

The Ain't It Cool show has been getting better every episode and Harry's been having some really interesting conversations with big wheels like Trumbull lately, so maybe you want to check in with the Ain't it cool website regularly so you don't miss an episode. Here's the main page of the site.