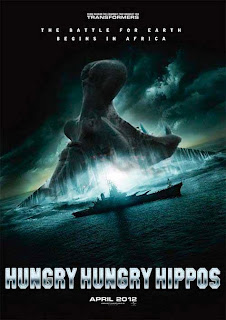 "Dumb and Dumber" was dumb. "Anchorman" was dumb. "Anchorman 2" looks just as dumb. But all of those films are arguably funny and benign. I pay to see them and I laugh, feeling good about my investment. "Battleship" is not dumb. It's stupid. By design. And it's inexplicably proud of it.

I don't use the word stupid very often. It's kind of a mean word and I certainly don't use it to describe people, no matter how unsavory they may be. But in Hollywood's case, I can't find a more appropriate word to describe Peter Berg's "Battleship". It's the most expensive exploration of lowest common denominator filmmaking there ever was. It's full of bright lights and loud noises, derivative visual elements and the most cliche, chest beating nonsensical action I can imagine. Oh, and it's all America, baby. America, &$^ck yeah!

When the film opened overseas in the number 1 spot in over 15 countries, I winced. It appeared that Hollywood had all the justification it needed to keep making gold-plated poop like this, but thankfully, it's not doing too well over here, right in it's own back yard. And it might be safe to say that "Marvel's The Avengers" film actually DID save the world by destroying Battleship at the box office even though The Avengers was in it's fourth week of release.

My pitch to those who haven't yet seen "Battleship": Don't. Stop encouraging them. They may lose money yet. I hope they do, and I hope it hurts. Really bad. Because the last thing I want to see is the "Stretch Armstrong" movie (For real. It's in development and at one point was going to star Taylor Lautner.) or the Parcheesi movie, or Monopoly or any of that crap force fed to the sheep of the world.

I don't mind dumb movies. I liked Dumb and Dumber, and I liked Anchorman. So for your (potential) pleasure, I submit to you, "Anchorman 2"s first teaser trailer:

THAT is dumb done right.

For the record: I've seen Battleship, in it's entirety, and although Hollywood didn't get a dime of my money, I still feel ripped off.